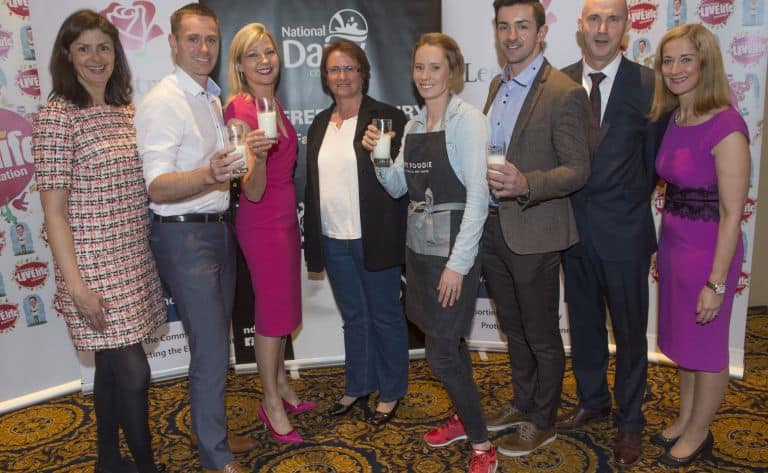 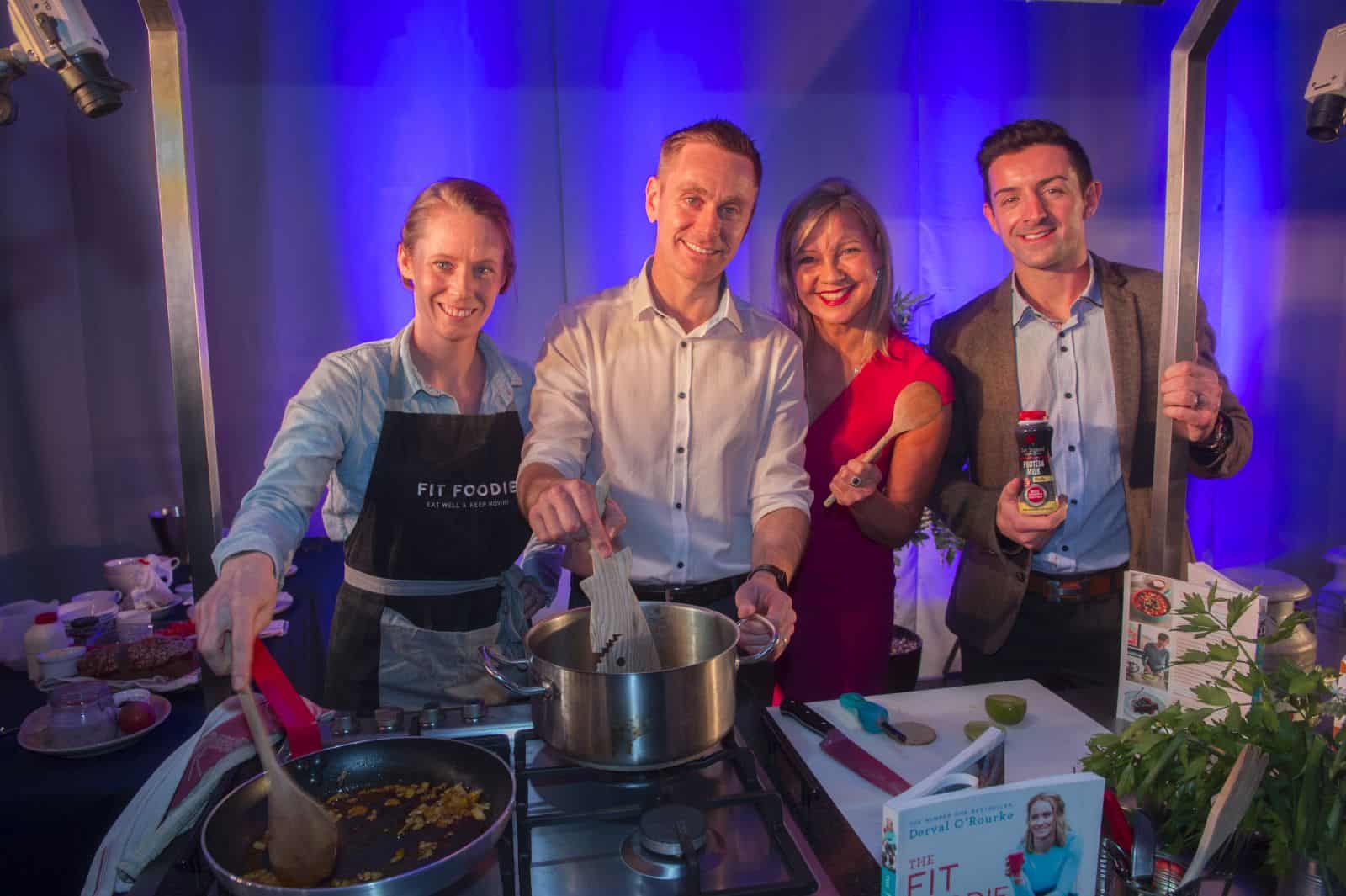 Popular Dietitian Paula Mee kicked off the evening with a presentation on Nutrition & You and encouraged us to Grow Strong: Be Strong and Stay Strong. Paula believes that you don’t have to completely overhaul your diet to make an impact on health. Small changes, made repeatedly, can have a big and positive effect!

RTE’s Fitness and Performance expert Joe O’Connor has appeared on Ireland’s Fittest family for the past 4 years and has been the Head of Fitness & Nutrition with the Limerick Senior Hurling Team for the last number of years. Joe believes “Fitness Training should sufficiently stress the person’s physiological systems to affect an improvement in a healthy manner”.

A lively Q&A followed with Aidan O’Mahony, hot off his impressive win and dance moves on RTE’s Dancing with the Stars. Aidan has had a successful career on the football pitch for the Kerry senior panel since 2003. Aidan spoke about the challenges of learning to dance for the popular show, his successful sporting career and the incredible experience of becoming a dad for the first time with the recent birth of his daughter, Lucia a few weeks ago.

Irish Olympian and Cookery Book author, Derval O’Rourke, ended the evening with a demonstration of some her favourite healthy recipes. Derval showed the audience how to make delicious and healthy Overnight Oats with fruit toppings, her Stopwatch Brown Bread, a simple Tomato Soup, a Mexican Burrito Bowl and Apple and Cheese Stacks. Derval’s recipes can be found at www.nde.ie/recipes 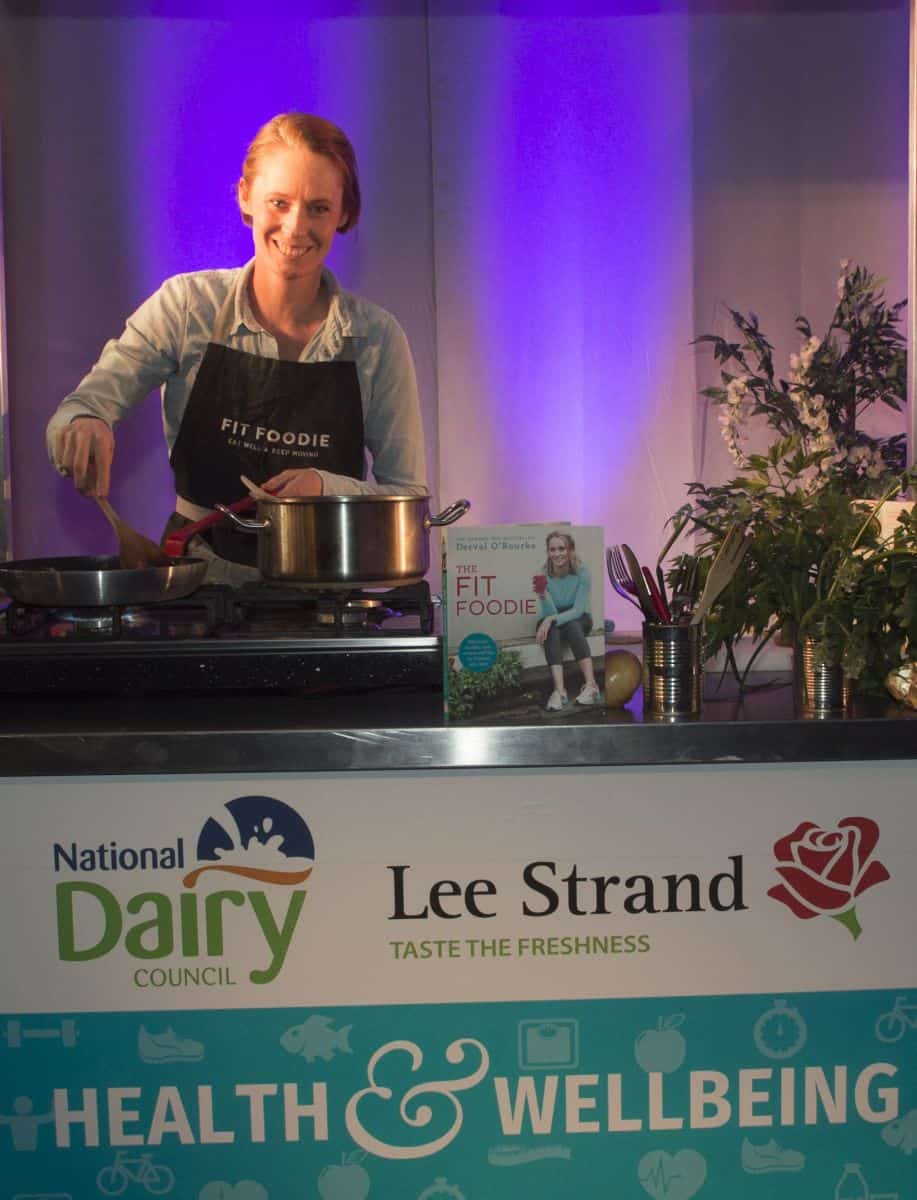 All proceeds from the event admission tickets and raffle went to the Donal Walsh Foundation Donal Walsh was the Kerry teenager who touched so many lives when he came to prominence through his writings and subsequent appearance on Brendan O’Connor’s ‘The Saturday Night Show’. Donal, who fund raised tirelessly while battling cancer, has now had the Donal Walsh #Livelife Foundation set up by his family primarily in order to promote his anti-suicide #Livelife message. He was born and raised in Kerry, and played GAA Football with Kerin’s O’Rahilly’s and Rugby with Tralee RFC. At 12 years of age Donal was diagnosed with Osteo Sarcoma (Bone Cancer) in his tibia and after an operation to give him a prosthetic knee and nine months of chemotherapy Donal came back to the playing field not as a trainer but as a coach to his peers. Over the years Donal had raised funds totalling €50,000.00 for St. John’s Cancer Ward in Our Lady’s Hospital for Sick Children, Crumlin and in his final battle this grew to €65,000.00. He sadly passed away in 2013. The event was a huge success with a substantial amount of money raised for the charity.